The IMF published charts that hide reductions in wages. The Fund argues that it the data received from the Government but did not confirmed it. The Executive recognizes that dataset was not complete.

The IMF published graphs to portray the evolution of wages in Portugal and defend the importance of further cuts in the private sector starting from a biased sample. From database used were eliminated thousands of observations that showed a significant increase in the number of wage cuts in Portugal last year. The results of this procedure facilitate the argument in favor of the need for more flexible wages.

In the staff report for the Seventh Review of the Portuguese adjustment program, published in June, the IMF put forward a comparison between wage adjustments in Portugal in 2009 and 2012. On page 7 of the document, the Fund presents a graph for each of the years, with the weight of wage changes between minus 5% and plus 20%, for salaried employees, who remain in their jobs and pay social security.

For 2009 one could conclude that only 4% of the contracts had suffered pay cuts and 19% recorded no update. For 2012, freezes shot up to 45%, but only 7% of the contracts suffered nominal wage cuts. A value considered low and that led the Fund to argue for the advantages of wage cuts. "So far nominal wage increases for existing contracts in the private sector have decelerated but still remain slightly positive despite the depressed economic environment. Absent greater wage flexibility, this could portend more labor shedding and lower aggregate income" one can read in the document.

According to several sources, the data reported was, however, wrong, underestimating the size of the salary reductions registered in the database of Social Security. The weigh of salary cuts can growth as much as from the 7% reported in the graphs to 20%, sources told Negócios. This number was not confirmed by the Government which despite several request refused to grant access to the original dataset.

The international institution already knows the problem with the sample used. And told Negócios that it merely published the information provided by the Executive. IMF did not request official explanations from the government, but says it continues to analyze wage flexibility in Portugal. The Government which sent the data now says it is not complete.

Read the text in Portuguese 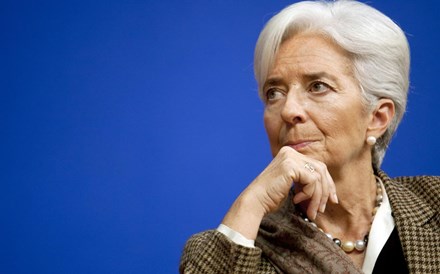